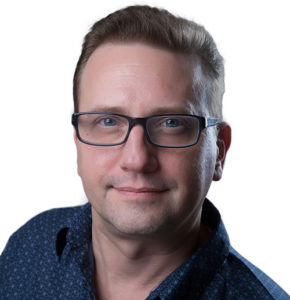 They had a choice…attend or go to a juvey detention center.

One of my first live training gigs was working with disadvantaged teenagers who were forced to sit and listen to me and a colleague talk.

Not an ideal situation by any stretch, but what happened shocked everyone, including the misfit teenagers.

What did we teach them?

You guessed it…Manifestation (sort of)

…We didn’t call it that.

We called it “Conversational Hypnosis”, because back in 2003 talking about manifestation just wasn’t cool.

Talking about how to “hypnotize” people during a conversation was exceptionally cool to these teenagers.

Yes, we did teach them a series of powerful hypnotic language patterns but what we really did was teach them goal achievement and manifestation.

For nearly 20 years, I’ve been saying the same thing over and over.

The key to Manifestation is a great Goal Achievement process…

…AND the key to Goal Achievement is a great Manifestation process.

What’s the difference between the two?

This expression basically sums up the difference between Goal Achievement and Manifestation.

Manifestation, at its core, is a spiritual/energetic process.

Goal Achievement, at its core, is a “pound the pavement and get out there and do something” process.

They both require desire, motivation, focus, and energy.
It’s possible to get results with each of these processes individually but it’s hard, REALLY hard.

But when you put them together in the right way…MAGIC!

This is what we taught these “at risk” teenagers, disguised as conversational hypnosis.

When we came back a week later to check up on them, they were glued to a presentation where a military sergeant was showing them how to take apart a rifle and put it back together.

I question the wisdom of getting at-risk teenagers interested in guns, but not to digress, this is what they were watching when we showed up.

The moment one of the kids spotted us in the back of the room, he yelled “They’re back” and they all jumped up out of their seats and ran to talk to us.

This may have been the first time in recorded history where a pair of self-help professionals stole the show from a fire-arms expert talking to teenagers!

We were surprised and delighted.

The sergeant, not so much.

He was left holding half a rifle in his hands looking rather stunned with his mouth wide open.

One by one these kids were scrambling to tell us of all the success they achieved since we last saw them.

It was one of the most satisfying moments of my life. That moment is one of the reasons you’re reading this email right now.

I wouldn’t be here doing what I’m doing if it wasn’t for that experience.

Yesterday, I emailed you about a product that on the surface may look like one of those products you would just end up asking yourself “What was I thinking?”.

Kinda like the time I bought an electric ab fitness belt from TV.

What I should have done with that stupid thing is strapped to my forehead and turned it on and repeated “I will not buy stupid stuff” as I let it shock my brain instead of my ab muscles.

At any rate, I purchased the product I told you about yesterday and bottom line, I am impressed.

I’m impressed with it because in a simple and elegant way, it is both a manifestation process and a goal achievement process rolled up in one.
It’s disguised as a straight up manifestation product but it’s not. It has both components.

Will it hand you the keys to a kingdom of riches, love and happiness?

BUT, it’s a solid process and if you work the 5 steps they give you, I’m willing to bet it will help you a great deal.

Yes, I liked it enough to become an official affiliate which means if you buy it from my link, they’ll toss me a few pennies for sending you over there.

Three Goal-Getting Answers You can Use Right Now

Today I answered THE best set of questions I’ve had in some time regarding one of my most popular programs, Goal Factory.

The Value of Responding Appropriately to Life

Dr. Karen Kan Podcast Conversation – Peace and Harmony is Yours

My conversation with Dr. Karen Kan was my absolute favorite of the year. Listen is as we talk about manifestation, life purpose

Please log in again. The login page will open in a new tab. After logging in you can close it and return to this page.